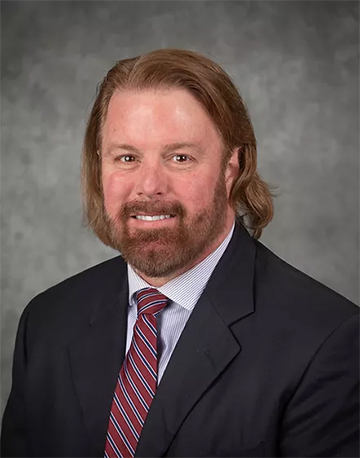 ​Jonathan DeLoatche is a partner and co-founder of Williams DeLoatche, P.C., and is a lifelong resident of the Tidewater area. He received his undergraduate degree from James Madison University in 1992 and his law degree from the T.C. Williams School of Law at the University of Richmond in 1995. Prior to forming Williams DeLoatche, Jonathan defended the largest taxicab company in Norfolk and its drivers in civil defense litigation and traffic matters. He has also represented insurance companies and their insureds in suits involving construction law, fraud, breach of contract, and personal injuries. His experience representing insurance companies helps set him apart from other injury lawyers.

He has been involved in litigation throughout the Southeastern United States and has tried hundreds of matters in the Tidewater area, Eastern Shore, and Northern Neck. On multiple occasions, he has been honored as a Super Lawyer/Top 100 for Virginia and received the Top Lawyers award for Coastal Virginia Magazine and CoVaBIZ. Jonathan’s practice now focuses on representing individuals injured in matters involving motor vehicle accidents, wrongful death, brain injuries, nursing home neglect, premises liability, and dog bites.

Jonathan is active in the community through the Chesapeake Rotary Club, an organization that supports the local community through annual service projects and fundraisers for various local charities. He is an active member and recently served as the Club’s President for the 2020-2021 year. Some of the local events he has helped manage include the Chesapeake Wine Fest, the Chesapeake Spring Art Festival, Coats for Kids and the Rotary Christmas Parade. While the main charter of Rotary International is to end Polio, the local chapter also focuses on the local community. These local events help make a difference to the citizens in Chesapeake, VA.

He is a father of two fabulous boys and a member of the St. Peter’s Episcopal Church. In addition, he is a dog-dad to Kingston, a regular at the Williams DeLoatche offices.