A Traffic Ticket for a Moving Violation Is No Small Matter

A conviction for a relatively minor traffic infraction may not only lead to immediate monetary fines and court costs, but it can also cause your automobile insurance rates to rise for years to come costing you thousands of dollars.

For more severe offenses such as reckless driving, in addition to the substantial costs involved, you could be subject to jail time or the loss or suspension of your driver’s license. If you received a ticket as a result of an automobile accident, pre-paying the fine to avoid going to court is presumed to be an admission of guilt, which will limit your ability to defend yourself in the event a subsequent lawsuit is filed against you.

Many vacationers traveling from the North prefer taking US 13 via the Eastern Shore, avoiding interstate traffic and enjoying the scenery passing through tranquil towns like Eastville, Exmore, and Accomack County and then passing over the famous 17 mile Chesapeake Bay Bridge Tunnel. Unfortunately, many travelers are unaware of the speed traps along the way, often resulting in speeding tickets and reckless driving citations.

The Expertise You Need

The law firm of Williams DeLoatche, P.C. specializes in defense of traffic violations. Our goal is to have the charges dropped entirely. However, if this is not a likelihood, we will work to reduce the severity of charges, keep you out of jail, minimize or eliminate fines, keep your driving record clean and keep your car insurance rates low. We handle matters involving the offenses of all Traffic Violations, including:

In addition, our team at Williams DeLoatche, P.C. has represented many individuals who were unable to make their court appearances in Virginia, including Virginia Beach, Roanoke, and the Eastern Shore depending on the location of their infraction. We understand that receiving a traffic citation while traveling is a major inconvenience which is why we can help. Having representation in court shows the judge that you are serious about resolving the matter and are taking the necessary actions.

If you need representation in court for any of these offenses, call the experienced team of Williams DeLoatche, P.C. today at 757-547-5555 for a FREE consultation. For the right approach, call Williams DeLoatche! 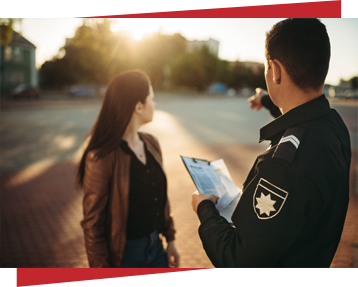 In Virginia, traffic infractions can include failure to stop at a red light, tailgating, and non-reckless speeding. While most people just pay the fine and move on, there can be consequences in doing so. Points might be added to your license and your car insurance rates could be raised. Before paying for any traffic ticket, contact the attorneys at Williams DeLoatche for consultation.

Along with fines and court costs, misdemeanor moving violations also include criminal charges. Common misdemeanor moving violations include driving with a suspended/expired license, reckless driving, and driving under the influence. Before you plead guilty to any charge, contact the attorneys at Williams DeLoatche, it could save you money and even keep you out of jail. 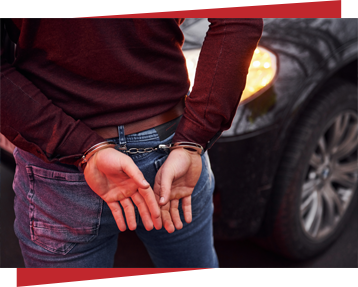 Felony moving violations are serious charges that could land you in jail for more than a year. Felony moving violations include manslaughter, fleeing the scene of an accident, and even reckless driving under some circumstances. Before you put yourself at the mercy of the courts, contact the attorneys at Williams DeLoatche, it might reduce your sentence or keep you out of jail.